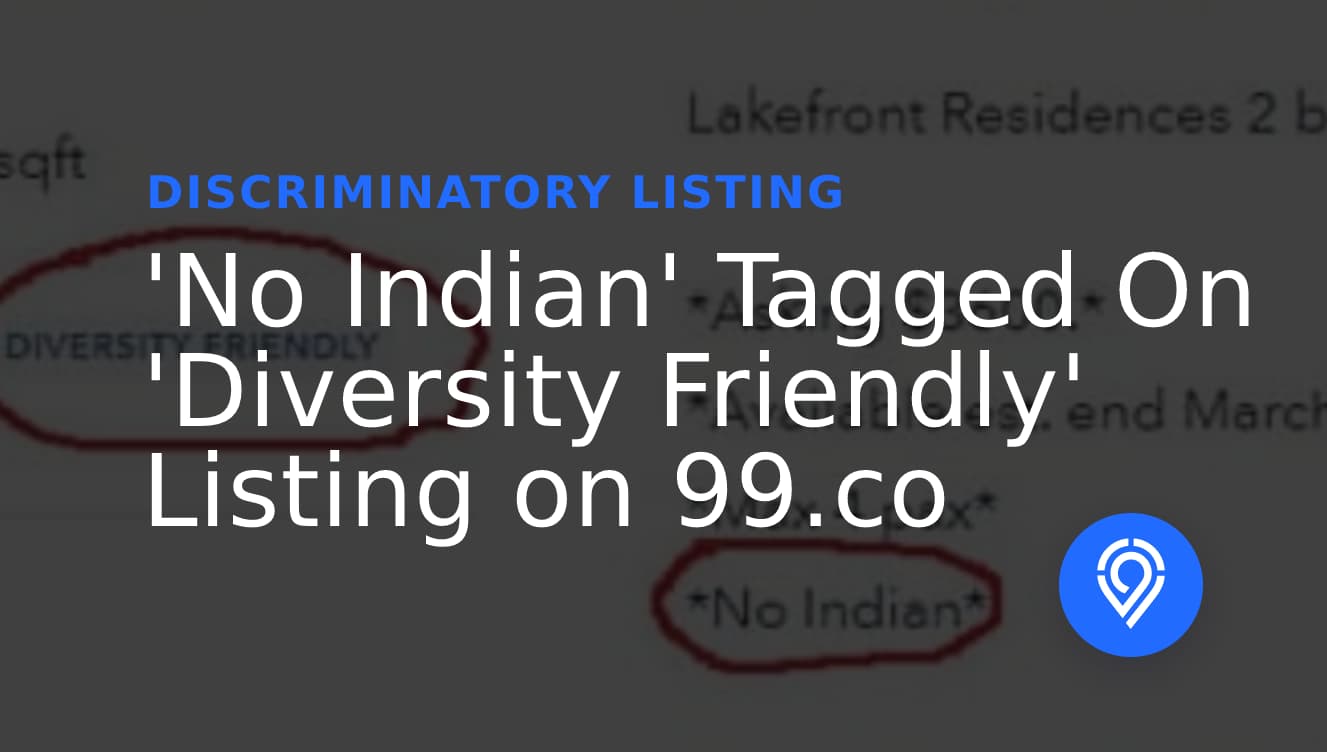 A listing on 99.co has recently come under fire on /r/Singapore as a potential renter came across a listing that was tagged with a "Diversity Friendly" tag, and while looking at the description of the post, noticed that the ad states "No Indian".

The listing in question has since removed the "No Indian" text under the description, after the user who saw the post reported 99.co and the agent and it appears that 99.co had made the agent remove the "preference".

The comment section within the thread has since been locked. However, as we look through the comments we can see a discourse between the legality and morality of the situation.

It seems like nothing much have changed in the past 5 years since 2017 when Singapore was in international news when CNBC reported that Even in weak market, racial bias trumps profit for many Singapore landlords.

While some comments in the thread are worrisome, we're glad to see that platforms like 99.co are taking a stand and dealing with such ads and blatant racism on their platform.

There has also been a recent video posted to MothershipSG's YouTube channel diving deeper into the racial biases in Singapore's rental market.

While these "preferences" are not directly illegal, the Council for Estate Agencies (CEA) who is the regulatory body for agents in Singapore, has released a circular stating that: agents should not indicate a preference for any race or religion in advertisements unless it is to comply with the Ethnic Integration Policy (EIP).

Reading through the comments in the thread, it appeared that some users had found a different topic to be alarming and were perplexed as to why a 2-bedder in Boon Lay would be renting for almost $4k/mo.

So we're not too sure what the landlord is doing at this point in time.

For a rental unit of $3,600/mo for 721sqft, unless it's location-specific, there are much better units in the market with great accessibility to an MRT station as well.

As professionals, real estate agents should hold themselves to a high standard and educate their clients on placing discriminatory or offensive property listings that relate to race, religion, ethnicity, and/or nationality.

Benefits of Unsolicited Flyers & Letters in your Mailbox and Gate

7.5% Commissions — Entirely unheard of in Singapore!

Recently, we had a conversation with a digital marketing expert on how we can connect with more...

If you are looking to obtain an HDB flat in Singapore, you have come to the right place. Resale HDB...